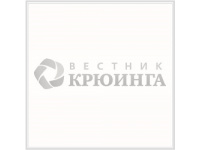 Our agency was established in 1996 and can boast a flawless 25-year crewing experience.

Marine agency “Volans” is located in Odessa - one of the largest sea-ports of the former USSR. The headquarters of one of the biggest shipping companies worldwide, Black Sea Shipping Company (BLASCO) was in Odessa. BLASCO possessed over 300 vessels, 30 of which were cruise vessels. That means that work at sea is the part and parcel of Odessa since the beginning of the 20th century. Odessa has numerous facilities, oriented on sea-going, including Marine Academies, High School of Marine Engineers, Marine Colleges, Marine Service Colleges and Schools, Shipyards and corresponding Government Organizations.

The collapse of the Soviet Union in 1991 and BLASCO in 1995 paved the way for private crewing activity in Ukraine as twenty five thousand of qualified marine specialists lost their jobs and started searching for employment at sea abroad.

We were the first crewing agency in Ukraine to introduce Ukrainian service crew on vessels of foreign Shipowners.

Our first major Principals were Louis Cruise Lines, the company that was the trailblazer among world leading cruise companies in hiring Ukrainian crew on their ocean-going vessels in 1997, and that was followed by Mano Maritime in 1998.

The first group of Ukrainians on vessels of LCL consisted of mere 50 crew. In two years already 400 crew members from Ukraine were employed by LCL. At the same time we were manning full crew teams (deck & engine and hotel) for Mano Maritime vessels.

In the year 2000 “Volans” became the agent of Royal Olympic Cruises.

“Volans” and its subsidiary “Volan-Sea” are one of the leading and the most experienced crewing agencies in Ukraine that specialize on selecting qualified personnel for cruise vessels and yachts.

We are still the sole and exclusive crewing agents for Louis Cruise Lines since 1997 and since 2004 we started cooperation with Princess Cruises ( Bermuda Company). We are also crewing agents for AIDA Cruises, Panstar Lines, Swan Hellenic, Mano Maritime as well as Louis Hotels.

At present our crew is working on board more than 40 cruise vessels of Princess Cruises, Cunard Lines, Louis Cruise Lines and other vessels of our Principals (25 vessels out of 40 carry over 1500 passengers).

About 1000 new joiners are embarking the vessels of our Principals through our company every year.

All managers of “Volans” and “Volan-Sea” have strong sea-going experience, most of them on board the vessels of our Shipowners, which enables us to select, train and inform our candidates in conformity with the standards set by our Principals.

Marine agencies “Volans” and “Volan-Sea” possess all the state licenses and certificates that are necessary for legal crewing activities in Ukraine.

Our core business embraces selection of the most qualified and fit for any particular position personnel for cruise vessels and yachts (officers, service crew, entertainment, medical personnel, etc.).

Our company operates a constantly developing database that exceeds 10 000 members and is capable of satisfying the most exacting crew demands in the shortest terms.

We have a widespread and intensive network of sub-agents in various regions of Ukraine, Russia and Moldova.

We have a solid and long-lasting cooperation with numerous Marine Academies, Colleges and Training Centers, as well as Service Schools, Colleges and Foreign Language Universities, located in the major cities of Ukraine.

Our characteristic feature is the ability to supply multilingual crew (mostly combination of English, German, French, Spanish and Italian languages).

We make special efforts to verify the authenticity of all marine documents and certificates of approved candidates.

All our crew members are to pass medical examination only in the medical centers, approved by P&I Club.

We are processing feedbacks on our crew that we receive directly from our Principals prior to giving a chance to work through our agency again.

Our aim is to select strongly motivated crew, ready and willing to work in our Principal’s company on a long term basis. About 70% of our ex-crew has been working with us for 5 years and more, which underlines our success in this field.

We are interested in new connections and are always open to mutually beneficial cooperation.