Unpretentious dual fuel engine. Eco-friendly progress is real.
According to Rob Jackson, professor of Stanford University, in 2020 carbon dioxide emissions decreased by 5%.  The main “pollutants” are diesel engines and boiler plants of sea-going ships. People cannot refuse to move forward, but the opportunity to reduce the level of their influence on the environment is still there.
Information, manning and employing of seafarers - all now is available for crewing companies in one service
A new web application for crewing companies! The developers offer a service that allows to manage and control ships crews, make schedules, plan the depature and loading as well as to have access to all key data and reports both on board and on shore.

The recent worldwide lockdown has shown even more clearly how much the nature suffers from technology development. The suspension of factories and transport communication has led to a significant decrease of the air pollution level so that the residents of megacities could feel what “the clean air” is. According to Rob Jackson, professor of Stanford University, in 2020 carbon dioxide emissions decreased by 5%. “This figure may seem to be insignificant, but we have not seen this for 75 years, probably since the Second World War.” 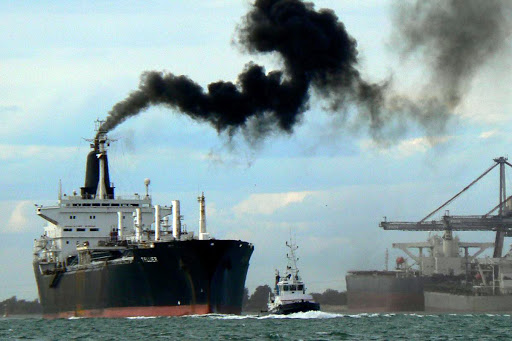 People cannot refuse to move forward, but the opportunity to reduce the level of their influence on the environment is still there.

Thus, MARPOL has defined Special Emission Control Areas (ECA), for which stronger restrictions for SOx and NOx emissions are imposed in comparison with other regions. The ECA includes the Baltic, North, North American and Caribbean basins, including Puerto Rico and the Virgin Islands. Also over the period from 2000 to 2016 the IMO protocol established NOx emission standards for diesel engines of new NOx Tier I, II and III ships, requiring nitrogen oxide emission reductions by about 70%.

The switching of the engine from one type of fuel to another is carried out automatically and almost instantly requiring no readjustments, thus the ship continues to move without changing the speed.

An important feature of the dual fuel engine is that it runs on lean gas mixtures; there is approximately twice as much air in the cylinder as required for complete combustion. Therefore, a large amount of heat is consumed for air heating  contributing obviously to significant reduction in peak combustion temperatures and sharp decrease in nitrogen oxide emissions, which allows DF engines to comply with most existing regulations. 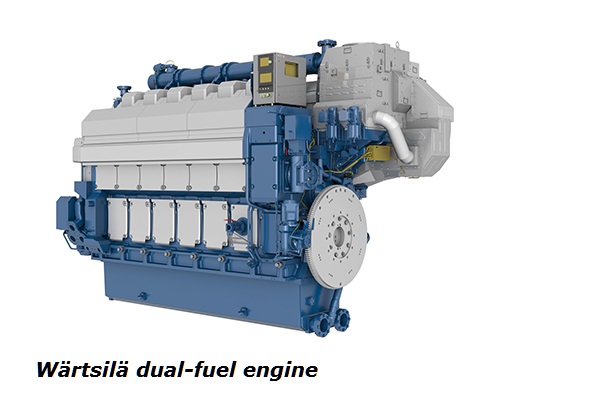 In spite of disadvantages of such type of engines, including in particular:
For example, in 2018 Global Zodiac Maritime announced an order for building of 5 dual fuel container ships; the largest LNG container ship with a capacity of 23 thousand TEUs for CMA CGM has already been launched in Shanghai. 400 m long and 61 m wide ship uses dual fuel engines manufactured by Winterthur Gas & Diesel (WinGD). 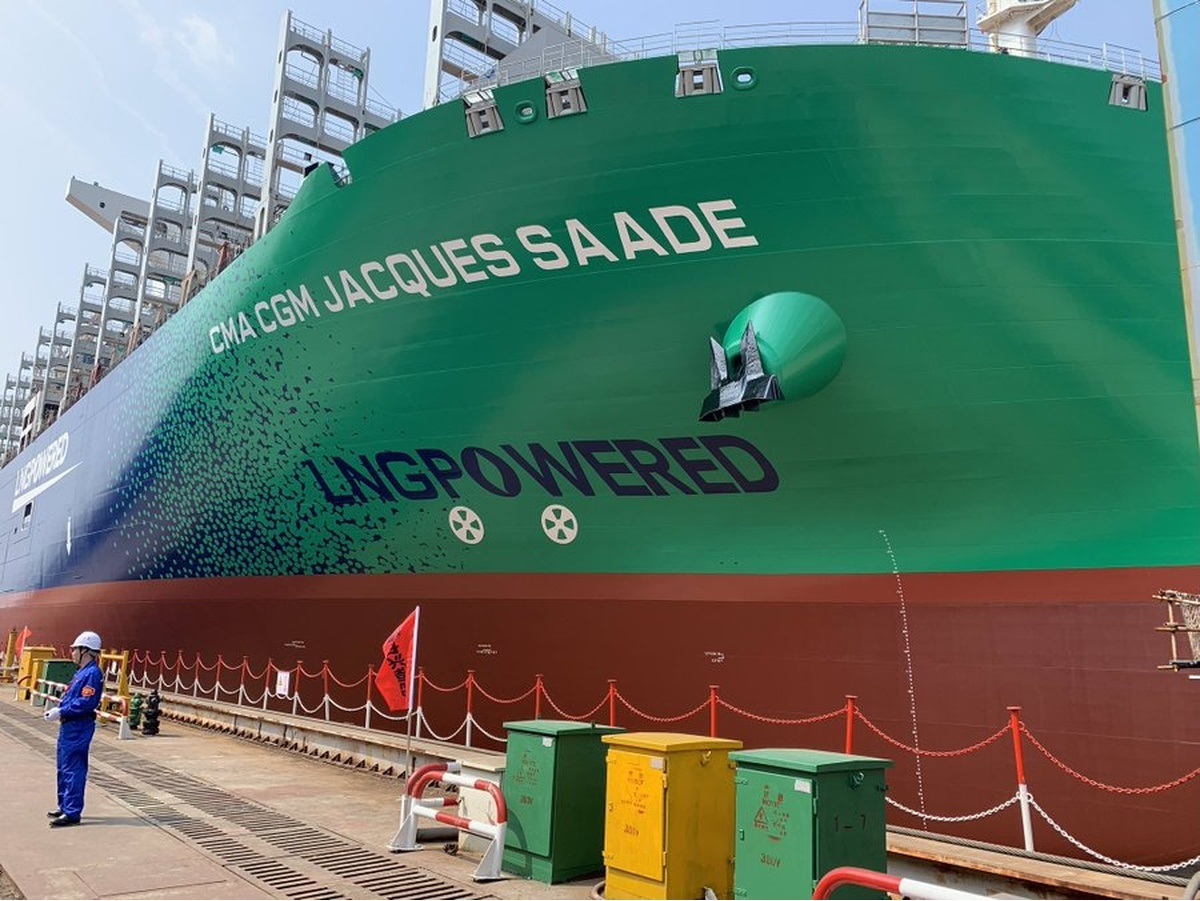 Mediterranean Shipping Company S.A. is going to have one more Meraviglia 5* class cruise ship in its fleet, and Finnish UPM is waiting for delivery of three Ro-Los, all of which operate on LNG and are equipped with dual fuel engines.
In 2019 Cosco Shipping Energy Transportation announced addition installation of a dual fuel LNG propulsion system to one of the tankers being built, despite the fact that such a change costs additional 6 million US dollars: “The use of dual fuel technology in VLCC supertanker design allows the company to be ready for both the requirements of the “global sulphur cap” and the imposition of even tighter restrictions for carbon dioxide emissions,” Cosco release states. In addition, another 4 container ships are being built at the shipyard in Shanghai according to Cosco’s order. These container ships are going to be equipped with dual fuel engines.

The global sulphur cap was approved by IMO and came into force in 2020. The allowable sulphur emission rate was reduced from 3.5% to 0.5% of fuel volume.

However, new technologies are nothing without those who can master them. Today the standard seaman training programme does not include dual fuel engine skills. One can improve his knowledge in MAN, Wärtsilä, Yanmar and other training centres. The demand for those who can deal with such engines is growing every day, and crewing operators in Ukraine have already faced the fact that they have nothing to answer the incoming requests of shipowners. Receipt of a new certificate probably will not bring you great financial benefits, but work on a modern ship, which has recently left the shipyard, is always not only more pleasant, but also, honestly, easier and more comfortable. There is a reason to think about new prospects, isn’t it?
The article was prepared by Evgeniia Prokipets.

Phychologist gives recommendations how to avoid conflicts on board

The influence of residence country on the seaman’s wage level. Benchmarking analysis from Drewry Shipping.

Sports inside the cabin. Burning fat & building muscles: Is it real?